NXP Semiconductors set up a plant in the United States to produce 5G chips.

NXP Semiconductors of the Netherlands said on Tuesday that it has opened a factory in Chandler, Arizona, to produce gallium nitride chips for 5G telecommunications equipment.

Gallium nitride is a substitute for silicon. This material is a key component in 5G networks because it can handle the high frequencies used in 5G networks while consuming less power and taking up less space than other chip materials.

NXP said that this new factory will produce 6-inch chips, which are half the size of most traditional silicon chips, but are common in alternative materials. The company said that the new plant will have a research and development center to help engineers accelerate the development and patent applications of gallium nitride semiconductors. NXP said it expects the plant to reach full production capacity by the end of the year.

Congressmen from both parties in the United States have proposed a number of chip-related bills and plan to spend tens of billions of dollars in huge subsidies to promote the development of their own chip industry. The reason is that they are worried about the rise of China.

In order to promote the domestic production of semiconductors, the US Congress began to discuss new subsidies of 25 billion US dollars. It is hoped to fight against China through huge public support and enhance the development capabilities of large American companies such as Intel. The background is that if the overseas dependence of semiconductor production is ignored, in addition to the decline in industrial competitiveness, there is also concern that it may have a negative impact on security and military strength.

According to the analysis of the US Information Technology and Innovation Foundation (ITIF), in the world semiconductor market, the share of US companies represented by Intel, the largest manufacturer, accounted for 47%, far exceeding that of South Korea (19%) and No. 2 3rd place in Japan (10%). However, statistics from the Boston Consulting Group of the United States show that in terms of production capacity, the United States only accounts for 12% of the world.

This is because there are many fabless companies specializing in semiconductor circuit design such as NVIDIA and Qualcomm, and many cases are entrusted to overseas such as Taiwan. 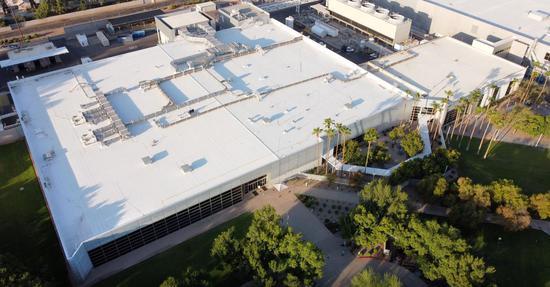 If the domestic production of semiconductors directly related to military technology is hollowed out, supply channels will become unstable and become a security risk. On the other hand, the global share of China's production capacity has reached 15%, surpassing the United States. It is predicted that it will increase to 24% in 10 years, ranking first in the world.

The US Congress and the regime, which is concerned about the rise of China, hopes to promote the return of the supply chain to the United States through huge subsidies for semiconductors. The public support plan for semiconductors is included in the budget for the 2021 fiscal year (October 2020 to September 2021). Both the Senate and the House of Representatives are reviewing autonomous semiconductor support bills beyond partisanship, and the two houses have launched unified actions. The Trump regime, which promoted the return of manufacturing to the United States, also plans to promote the passage of related bills.

In addition, for the production of semiconductors with higher confidentiality in terms of security assurance, there are plans for the Ministry of Defense and others to provide 5 billion U.S. dollars in development funds. In the US semiconductor industry, Intel lags behind Taiwan Semiconductor Manufacturing Company (TSMC) in the miniaturization of next-generation products. In order to reverse the disadvantages, an additional $5 billion budget will be allocated to research and development. The federal government alone has subsidized semiconductors to a total of 25 billion U.S. dollars, and various state and local governments will also provide support through tax incentives.

China is cooperating with government and enterprises to build semiconductors as a pillar industry, and set up a policy fund in 2014. As of 2019, the investment amount reached 140 billion yuan (about 20.5 billion US dollars). If the relevant funds of local governments are added, the cumulative investment amount is more than 500 billion yuan. China has set a goal of making 70% of semiconductors produced domestically by 2025. The high-tech field has become the main battlefield of China and the United States.

The United States, which believes in a market-oriented economy, was previously cautious about investing huge subsidies in specific industries. Public budgets have been invested in research and development of cutting-edge technologies, but direct subsidies for factory construction are rare. The public support war in the high-tech field risks distorting free market competition.

Semiconductors are one of the few export industries in the United States, and huge subsidies may also violate World Trade Organization (WTO) rules. The U.S. subsidy concept intends to cover the production of TSMC and other overseas companies in the U.S. A person in the U.S. Congress stated that it “is not an illegal export subsidy”. The draft also proposes the creation of a "multilateral fund" to jointly develop the latest semiconductors with Japan, Europe and other allies, which is considered to be intended to alleviate international criticism.