The United States released policy dividends, and the foundry expanded the plant.

According to foreign media reports, a source in the US Congress said on Thursday local time that the US Senate is considering including $30 billion in a new bill to fund previously approved measures to strengthen the US chip manufacturing industry. The person familiar with the matter said that the goal of lawmakers is to vote on the proposal in April, which will also include other areas that will boost the US technology industry. The proposal is led by Chuck Schumer, the majority leader of the U.S. Senate, and may contain provisions restricting Chinese capital's access to the U.S. market. 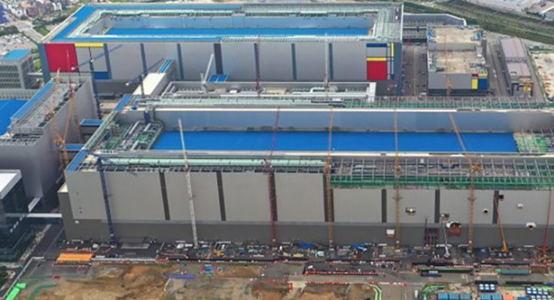 Schumer said in February that he had instructed lawmakers to draft a new bill to improve America’s competitiveness against China. The bill is based on a proposal submitted last year by him and Republican Senator Todd Young (Todd Young) to provide $100 billion in funding to stimulate research in key technology areas ranging from artificial intelligence (AI) to quantum computing and semiconductors.

Schumer's office also stated that the above package can be used as a tool to provide emergency funding for semiconductor projects included in the National Defense Authorization Act last year, which are still awaiting funding. One of the projects will provide financial support to companies investing in US factories and equipment for semiconductor manufacturing, testing, and research and development. Another instructs the government to establish a public-private partnership to form a corporate consortium to produce "safer microelectronic products."

With the support of the local chip manufacturing industry in the United States, the world's three largest wafer foundries, TSMC, Samsung, and GF have all planned to expand chip factories in the United States, with a total investment of more than 50 billion US dollars. In a document submitted to the Texas government, Samsung disclosed the specific details of its plan to build a factory in the United States: the plan will cost $17 billion and create about 1,800 local jobs within 10 years.

According to Taiwan media reports this week, the cost of the chip manufacturing plant that TSMC plans to build in Phoenix, the United States, may be close to 36 billion U.S. dollars, which is almost three times the original announced 12 billion U.S. dollars.

GF was spun off from American chip company AMD and was jointly invested by Abu Dhabi Advanced Technology Investment Company (ATIC) and Mubadala Development Company (Mubadala). Its initial public offering (IPO) time may change from before The end of 2022 or early 2023 is said to be advanced to the end of 2021 or the first half of 2022. GF plans to invest US$1.4 billion in its fabs in New York, Malta, Singapore, and Dresden, Germany, to increase production by 2022 and produce chips from 12nm to 90nm.

GlobalFoundries CEO Thomas Caulfield (Thomas Caulfield) said that about one-third of the investment will be used for customers seeking to lock in supply in the next few years. He predicts that next year's production will increase following an expected growth of 13% in 2021. 20%.

In the past two years, the disturbed U.S. government has adopted various measures to curb the development of Chinese technology companies, setting off a trend of "anti-globalization" and bringing anxiety to the world. Now the United States plans to revitalize the local semiconductor manufacturing industry is coming fiercely, and geopolitical conflicts are driving changes in the global semiconductor industry chain.