On March 30, Renesas Electronics released the latest developments in the fire plant. The company said that the clean room is expected to be back in use in mid-April. After investigation, it was found that in addition to the originally announced 11 equipment damage, 12 equipment were affected by the fire. 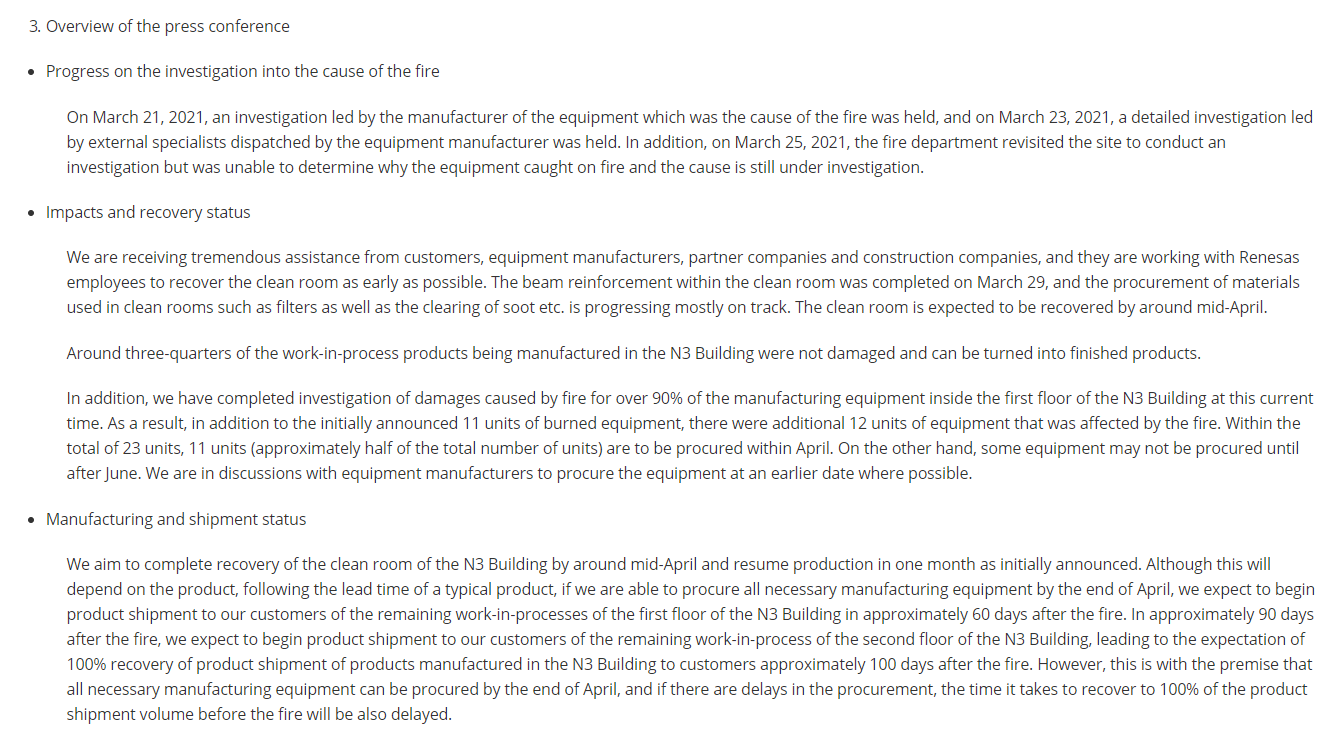 On March 19, a fire broke out in the N3 building of Renesas Electronics' Naka Factory. The damaged area was a 12-inch high-end semiconductor wafer production line, which mainly produced microprocessors that control car driving.

Renesas’ goal is to resume production within one month, but it also depends on the purchase of equipment. Renesas said that if we can purchase all the necessary equipment before the end of April, it is expected that it will be approximately 60 days after the fire. Started to supply semi-finished products on the first floor of the N3 building to customers.

However, this is based on the premise that all necessary equipment can be purchased before the end of April. If there is a delay in procurement, the time for 100% recovery of production capacity to before the fire will also be delayed.