홈 > 업계 정보 > SoftBank wants to sell Arm, how much impact does this have on Apple?

SoftBank wants to sell Arm, how much impact does this have on Apple?

On July 18, 2016, Softbank agreed to acquire the British chip design company ARM at a price of 23.4 billion pounds (about 32 billion US dollars at the time). At that time, the outside world also took a positive attitude towards this acquisition. Because the chips designed by Arm have the characteristics of high performance, low cost and low energy consumption, they have a leading position in the field of processors such as smartphones, tablet computers, embedded controls, and multimedia digital. Some analysts have commented on this acquisition For: Softbank purchased 95% of the architecture in the smartphone market for just $32 billion. 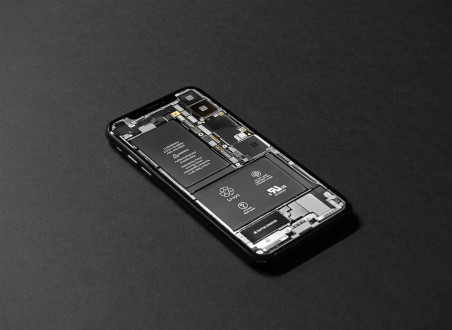 SoftBank is exploring the sale of some or all of ARM’s shares, or allowing the latter to conduct an initial public offering (IPO).

In June last year, Sun Zhengyi, the founder of SoftBank, said he hoped to re-list ARM within five years, but he did not specify the listing location at the time. Recently, market sources said that SoftBank is considering re-listing its chip design company ARM on the Nasdaq Stock Exchange. ARM may return to the stock market as soon as the end of next year.

At present, SoftBank has not made any decision, and the company may ultimately choose not to take any action. People familiar with the matter said that the review by Goldman Sachs as a consultant is still in its infancy. SoftBank has previously stated that Arm may return to the open market at some point. However, as Softbank tried to raise cash from its various stable assets to quell the aggressive investor Elliott Management Corp, the move has become urgent and Elliott Management has been encouraging the company's changes.

SoftBank has stated that it plans to sell up to US$41 billion in assets to support its troubled portfolio and repurchase its own stock. The deal has a large discount to its net asset value. It has a variety of assets to choose from; in addition to Arm and the recently sold T-Mobile US company worth about $20 billion, Softbank also owns the Chinese e-commerce giant Alibaba Group Holdings Ltd. and Japan’s leading mobile phone provider. A lot of shares.

2. ARM's sale or IPO will not affect Apple

The microprocessor designed by Arm can power most smartphones in the world. Sun Zhengyi, CEO of Softbank Group, said that he can use the potential of its Internet of Things, but the sales of software developed by Arm for managing connected devices are relatively stable. Including growth from acquisitions.

With the development of the chip industry in recent years, Arm is becoming a high-profile chip design company, and it was once considered to be one of the companies that broke Intel's "monopoly". Huawei, Apple, Samsung, Qualcomm and other companies are in large numbers. Using Arm technology.

Since 2006, Apple's A-series chips for iPhone have been authorized by Arm authorized chip technology. Before the official opening of the annual developer conference WWDC in 2020, Apple has already heard many rumors that Apple will announce the complete replacement of the Intel chips in its Mac product line with Arm processors. People familiar with the situation also pointed out that the release at this time is to allow developers other than Apple to have time to make adjustments to cooperate with the new generation of Mac devices equipped with Arm chips launched in 2021.

Then Apple officially announced that it will use its Arm-based self-developed chips in new Mac computers launched later this year, aiming to provide better performance at lower power consumption. ARM's sale or IPO is unlikely to have a major impact on Apple, but Apple may be interested in acquiring this chip design company.

ARM licenses its technology to many well-known semiconductor, software and OEM manufacturers in the world, and more than 95% of smartphones and tablets worldwide use the ARM architecture.

Last week, ARM announced that it planned to split two IoT service businesses. The company said it will transfer its IoT platform and TreasureData business to its parent company, SoftBank Group, to focus on its semiconductor IP business.

It is reported that the divestiture of the two major IoT services business still needs to wait for the review of the ARM board of directors and standards regulators, but ARM expects this move to be completed by the end of September this year.