홈 > 업계 정보 > Intel and Ford called on the US government to provide tax incentives for chip and battery manufacturing.

Intel and Ford called on the US government to provide tax incentives for chip and battery manufacturing.

On March 17th, US local time on Tuesday, representatives of Intel and Ford Motor Company claimed that unless the US Congress provides more incentives for domestic production, foreign semiconductor, electric vehicle battery and drug manufacturers will continue to squeeze the US manufacturing industry. .

Intel's chief financial officer George Davis said at the Senate Finance Committee hearing that lawmakers should consider measures, including funding and increasing tax incentives, to allow the United States to produce more advanced micro-processing chips. Both Democratic and Republican lawmakers have admitted that these chips are essential to ensuring national security. 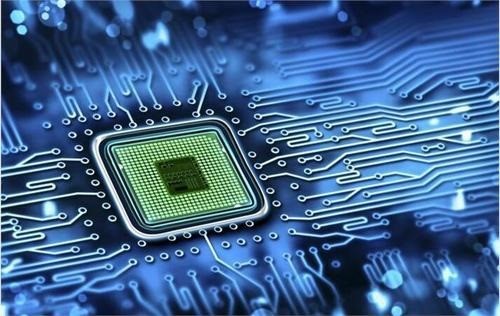 Davis said: "If you look at those areas where semiconductor manufacturing has seen substantial growth, you will find that those areas have coordinated policies to encourage investment, but the United States has not yet taken these measures."

Both major political parties in the United States support the revitalization of American manufacturing. Senate Majority Leader Chuck Schumer and Republican Senator Todd Young are formulating proposals aimed at improving the competitiveness of the United States. The Senate may consider this proposal within a few months. The proposal includes new funding for semiconductor manufacturers to build new factories and create regional innovation centers.

Ron Wyden, chairman of the Senate Finance Committee, said at the hearing: "The supply chain crisis has sounded the alarm for the semiconductor industry. Semiconductors are a key component of automobiles, medical equipment, household appliances, mobile phones, computers, and defense technology. , Indispensable."

Jay Timmons, chairman and chief executive officer of the National Association of Manufacturers, said at a hearing on Tuesday: "The tax law needs stability and certainty, and we want to ensure that research expenses are still deductible. We think we need a foundation. Extensive investment tax credit policy."

The reasons for the development of manufacturing in the United States are as follows. According to the needs of the national level, the U.S. economy is currently hollowing out. According to the 2017 data, the output value of the third service, which is dominated by finance, accounts for 80.05% of the GDP of the national economy. The primary industry in the United States is fixed at less than 1%, only 0.89%, and the secondary industry is 19.06%. In a simple and popular understanding, Americans are now mainly relying on lending to countries around the world to earn interest to make ends meet.

The United States now has a huge trade contradiction in industrial trade, but if international labor services are included, there is no trade deficit between the United States and the world. What's more important is that although the United States is now relying on financial profits to allow the United States to obtain huge benefits from the world, this form of profit is relatively centralized, and big capitalists have a lot of money, but it is difficult for ordinary people to touch it. To allow this situation to develop, it is not as simple as a simple gap between the rich and the poor, but the polarization of social wealth, and there will be a wealth gap phenomenon. This situation is very detrimental to the social stability of the United States.